The Story Behind More Than The Move 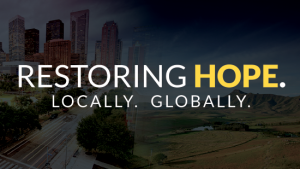 In 1996, Steve Stewart cashed in his 401k after being laid off during a merger between two major steamship lines. With everything on the line, Gulf Winds International was founded. Originally, GWI was a warehouse provider for the Houston green coffee market, and over time, differentiated itself from its competition with its people, technology, processes, and strategic locations. The warehouse business grew and eventually GWI expanded into trucking to meet its own necessity. Now, in 2017, GWI has 176 employees, 370+ drivers, and 2+ million sq. ft. of warehouse space.

However, the focus of the GWI story has not been that of success, though it has been a great byproduct, the focus of the GWI story has always been: a heart of restoring hope in the lives of people. GWI restored hope in the Stewart family through their faith and Godâs amazing financial restoration.Â  GWI has also provided hope for multiple employee families, and invested millions of dollars in seeing hope restored in the Houston region and around the world.

According to most economists, company profitability in America is around 6.5-7 trillion dollars. Furthermore, companies also employ an estimated 140-150 million people. These are staggering statistics!

In addition, we have observed that now, more than ever, employees are longing for a purpose. In fact, Forbes recently released the top three quotes on why employees seek to stay at a company long term:

You combine this wealth, work force, and longing for purpose with the needs of the world, and we believe there is a better narrative that can be supported: working to give rather than working to consume.

Below are some of the needs around the world:

Our response is to play our part by joining the movement of choosing people over profits. We desire to use our profitability and employee force to partner with life-changing organizations with both financial and volunteer support.

We have created the More Than The Move Foundation in support of this mission.

Join us in restoring hope in our region and through the world!

Thank you for your help! Please see our video below to view the real impact of this effort!