From the first mile to the last mile, we’re with you.

Capacity when and where you need it

Gulf Winds is a leading drayage, transloading, and domestic freight provider serving importers and exporters from around the globe – while redefining expectations for intermodal trucking through innovation, people, and purpose.

Because of its commitment to continuous investment in technology, people, and supply chain infrastructure, Gulf Winds stands alone as the largest and most robust transportation provider for Port Houston – with locations in Houston, Dallas, Ft. Worth, Mobile, Memphis, and Savannah.

Tools of the Trade

Gulf Winds International (GWI), the region’s leading provider of intermodal container drayage services is pleased to announce that BJ Tarver has been named President and COO. “It is with great joy that I have the privilege of passing the President’s baton to our COO, BJ Tarver,” says Todd Stewart, Chairman, and CEO. “For the last […]

This statement isn’t just true for shopping malls, restaurants, or airlines. The same song rings true for transportation companies nationwide. The economic recovery crystal ball is murky at best. “V” shaped and “U” shaped forecasts have subsided into a very volatile “W” Shape. That said, trucking capacity dynamics do not run in perfect tandem with […] 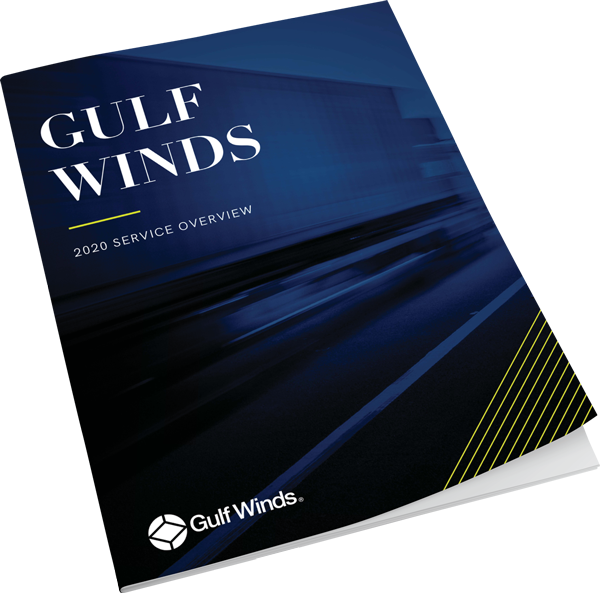 Streamlining the container drayage industry, one move at a time.

I love the challenges that come with new customers and business. So many different things come into our warehouse, and it’s exciting to come up with the best process for managing it.

Mary Helen was born and raised in Southeast Houston. After graduating from Austin High School, she was married and had her first of four children. After her youngest child was born, Mary Helen began her professional career. Mary Helen spent the first eight years of her career managing medical records, verifying insurance, and serving as […]

What Drew You to Gulf Winds? The people, any time I met someone that had previously or currently was working at Gulf Winds they only had great things to say about the people and leadership. What are you passionate about? I am passionate about knowledge; I love learning new things and the ability to share. […]

Together, we're a driving force. As part of your freight forwarding team, we can do great things. We’re in the business of simple significance - the best processes are simple to understand, simple to use but can produce significant results.

In an industry that’s anything but simple, we strive to bridge that gap for our clients. Gulf Winds is redefining expectations for intermodal trucking through innovation, people and purpose.