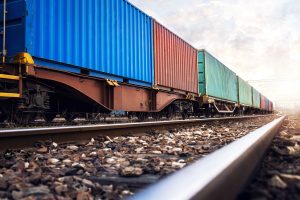 Rail intermodal congestion in the Midwest and South Central US has lessened daily productivity for drivers who dray ocean containers in these regions, greatly impacting their pay and causing an alarming number of drivers to quit. Conditions including chassis shortages, terminal congestion, and restrictions on export loads and returning empty boxes have led to drivers losing as many as three turns per day compared with 2019 and early 2020, trucking executives in Chicago, Dallas, Kansas City, and Memphis told JOC.com. Trucking companies have increased driver pay — and raised rates for drayage service — but since drivers are paid per completed job, not per hour or per mile, the pay raise does not compensate for the loss of productivity.

From January through April of this year, intermodal volume jumped 18 percent in the Midwest and surged 26 percent in the South Central, according to the Intermodal Association of North America. Meanwhile, drayage providers in Chicago, Cleveland, Columbus, Dallas, Kansas City, and Memphis have seen as much as one-quarter of their drivers quit because of their decline in income. “We are having to do more work with fewer drivers. I need at least a 30 percent increase in our driver workforce to effectively handle the volume we’re seeing today, instead, we have lost 20 percent,” said Mike Burton, CEO of C&K Trucking, a drayage provider in several US inland markets, including Chicago. “There are other opportunities available right now for drivers that are less complex and less frustrating where they can make more money.”

One of the few positive reports comes from Dallas, where Brad Elam, vice president of Texas-based drayage provider Gulf Winds International, told JOC.com that driver productivity has improved in the last 30 days compared with the post-storm intermodal chaos of mid-February. He said drivers have seen their paychecks improve, too, although they remain skeptical about the long-term outlook.