Gulf Winds is pleased to announce the execution of a long-term lease agreement withWatco Companies. Effective Jan 1, 2012, Gulf Winds will operate industrial warehouse space located at Greens Port Industrial Park in Houston Texas. The initial agreement is for 70,000 square feet with an additional 130,000 square feet being incorporated into the lease effective March 1, 2012.
The new facility will be utilized primarily to handle the movement of imported oil field products being used throughout various North American Shale plays. Gulf Winds has been a major logistics provider for importers of guar and proppant material over the last ten years. Given the explosive growth of oil and gas shale reserves in North America, Gulf Winds is well positioned to support the increasing demand for products used in support of short and long-term drilling activity. 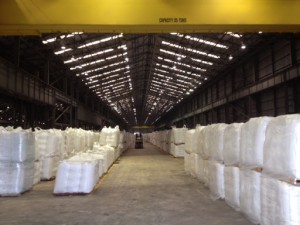 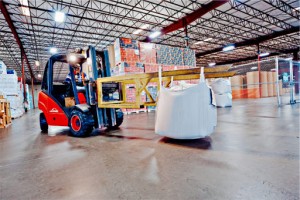 Greens Port terminal offers Gulf Winds a number of key operational logistics solutions necessary to support the movements of oil field related products including break-bulk handling services and access to multiple daily rail car switches on the BNSF and Union Pacific rail road. Given the volume of product needed to support drilling activity and short lead times, handling capacity is a key element necessary to support the industry. In addition to the multiple daily rail switches, Gulf Winds is also installing four high speed bulk conveyors capable of loading product into hopper cars and pneumatic trucks that will transport product to localized transload facilities or well sites throughout the country.
Greens Port Terminal offers Gulf Winds a significant competitive advantage over other marine terminal locations for the handling of product being imported on break bulk vessels. Today, much of this product is moved off the ship into a warehouse that is not equipped to handle bulk loading. Therefore, the client must then pay the stevedore a load out fee to get the product loaded onto a truck that transports it to another local warehouse facility that can handle bulk loading into hopper cars or pneumatic trucks. Gulf Winds effectively eliminates the warehouse load out fee since product will move directly from the ship into their bulk transload facility. In addition, having direct access to the cargo also allows Gulf Winds to shorten the supply chain by taking the local movement out of the mix creating a shorter lead times and better access to inventory which is key to oil field service companies.
Watco is recognized as an industry leader in rail centered transloading services and short line rail operation throughout the country. Gulf Winds believes strongly that the synergies between the two companies will create bottom line value for clients and support short and long term business growth for all involved.